Treat Yourself to a LOW Interest HOLIDAY LOAN

Need extra cash this Holiday Season?  Your Credit Union can help with a low-cost Holiday Loan.  Borrow up to $5000 for as low as 7.99% APR from BrightStar Credit Union.

So go ahead, buy those holiday gifts, go on that special trip or do anything else to brighten up your holiday! Holiday Loans are available now through December 31st 2010. Conditions apply; please see website for more details www.bscu.org/loans/holidayloan2010.htm

Also, don’t forget to check out our special webpage dedicated to all of our 2010 holiday activities www.bscu.org/happyholidays 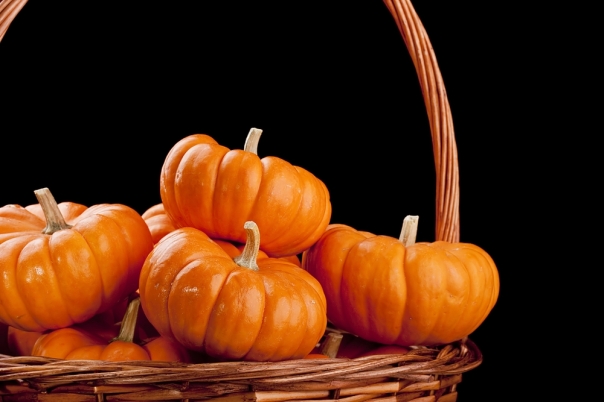 BrightStar Credit Union would like to wish all our members, followers and friends a safe and Happy Thanksgiving!

BrightStar’s offices will be closed Thursday, November 25th and Friday the 26th. Online Banking and BillPay, Call24, debit card and ATM services will all be available for your convenience. Our offices will reopen to our normal schedule again on Saturday, November 27th. To see our normal hours, click here http://www.bscu.org/Locations/ . Don’t forget to check out our special webpage dedicated to all of our 2010 holiday activities www.bscu.org/happyholidays

Did you sign up yet? Don’t miss out on your chance to WIN

Have you signed up for BrightStar e-Statements yet? The deadline is fast approaching for your chance to Win 1 of 3 Prizes, a brand new 40″ LCD HDTV, a 16GB Apple iPad, or an Amazon Kindle? It’s easy and FREE to enter. HURRY Contest ends November 30, 2010. (8 more days) No purchase necessary. More info and official rules available online at www.bscu.org/estatements

If you have a BrightStar checking account and Visa Check Card, you probably  already know about our great Visa Extras program.  With Visa Extras, you can earn points for your everyday purchases using your enrolled debit card.  Points add up quickly and can be redeemed for great rewards.  But now, you can earn even more points during our holiday bonus period.  It’s going on right now through December 31, 2010.

The more you use your Visa Check Card, the faster the points add up.

BrightStar Credit Union has teamed up with Broward County council of PTA’s Anne Murray Clothing Bank for the 2nd year in a row to raise money to assist more than 3,000 students.

The Anne Murray Clothing Bank was established forty years ago and has provided thousands of students each year with school clothes, helping to reduce the rate of truancy. For more information about this program, go to www.browardpta.com

Cash donations can be made at any BrightStar CU location. Minimum donation is $1

BrightStar is spreading a little holiday cheer this year.  We’re giving away a $100 Visa Gift card to one lucky winner.  And all you have to do is “like us” on facebook.  So what are you waiting for? Like us now! www.facebook.com/brightstarcu

Make sure you like our page before December 15th.  That’s the date we will hold the drawing.  Anyone who has liked our page as of noon on that date will be entered. If you’ve already liked our page, then don’t worry, you’re automatically in the drawing.  BrightStar employees and officials are not eligible to win; must be 18 or older and a U.S. resident. No purchase necessary.

Today, BrightStar Credit Union was named Broward County’s Outstanding Philanthropic Company for 2010 by the Association of Fundraising Professionals.  The Credit Union was presented the award on National Philanthropy Day by the Association of Fundraising Professionals, Fort Lauderdale/Broward Chapter. BrightStar was nominated for the award by the Broward Education Foundation, a non-profit arm of the School Board of Broward County.

BrightStar provides financial and in-kind support for many Broward educational activities and organizations, including the Broward Education Foundation, Partners In Education and Broward County Public Schools directly.  Through various partnerships, the Credit Union provides grants, scholarships and other resources for students, teachers, PTAs and administrators.  Examples include the district-wide funding of Colonial Williamsburg Electronic Field Trips for students—fundraising for homeless students in Broward—as well as its CU@School Student Financial Literacy Program.

BrightStar has been the recipient of numerous awards in the community over the years.  In 2005 BrightStar was recognized by the Fort Lauderdale Historical Society as one of the ‘Businesses That Built Fort Lauderdale;’ in 2006 BrightStar was named the Broward Schools District Partner of the Year; and in 2007 the Credit Union received the State of Florida’s Education Commissioner Business Recognition Award for its dedication to education.

In addition to its support for education, BrightStar is a proud sponsor of the annual Historic Sistrunk Festival, Broward County’s largest and longest-running African and Caribbean American festival. BrightStar has also raised money (more than $40,000) for hurricane Katrina victims in New Orleans and for earthquake victims in Haiti.

Posted in News, Stars in the Community

You Could Win a Trip to the Super Bowl for LIFE 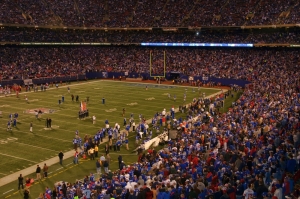 Who doesn’t love the Super Bowl; the commercials are enough to keep you glued to your seat the entire time. Well now BrightStar CU and Visa are giving you a chance of a lifetime. Use your BrightStar Visa Debit or Credit Card between September 9 – December 31, 2010, and you’ll be automatically entered for a chance to go to the Super Bowl for LIFE! Yup that’s right!